So I needed a new restoration project. Having completed the Donkey Kong cab, I wanted to look out for something completely different to add to my collection. I decided on a table top game. The generic white Nintendo arcade c0cktail tables were pretty common in the UK in the early 80s. They were popular because the operators could change out the boards and give customers new games every few months. I recall playing Space Fever as a kid – this was Nintendo’s interpretation of Space Invaders, in black and white form, with a few bells and whistles on. As attractive as these are, you can’t really call them space savers: the reality is the footprint of these things is actually bigger than an upright cabinet. Especially when you have two people sitting either side playing the thing!

After hunting around for a few weeks, I finally found a local seller of one on eBay. It turned out that the seller was a guy who used to own an amusement company over here in the UK back in the day. Described as “not working” I wasn’t expecting much for my 70 British pounds; but to add insult to injury, when I got there he said “yeah, this was the machine that we used for spares if any of the others went wrong”.

“Oh dear” I thought. The cab will have been stripped of parts. Once again, as with most restoration projects I’ve completed, I could hear the arcade Gods laughing at me somewhere…

So this is what I was about to buy. It didn’t look too bad from a distance. But when you got up close, you started to realize that it was basically a rusty, tatty old lump. Add to that the fact that the machine itself was wet from sitting in this old lock-up for several years, I was starting to think that this purchase was a big mistake.

Despite these fears, we shook hands, loaded the thing up, and I made the journey home with a musty smell emanating from the table at the back of the car. Sadly, the wooden “lid” broke off in our hands on the way to the car – great!). 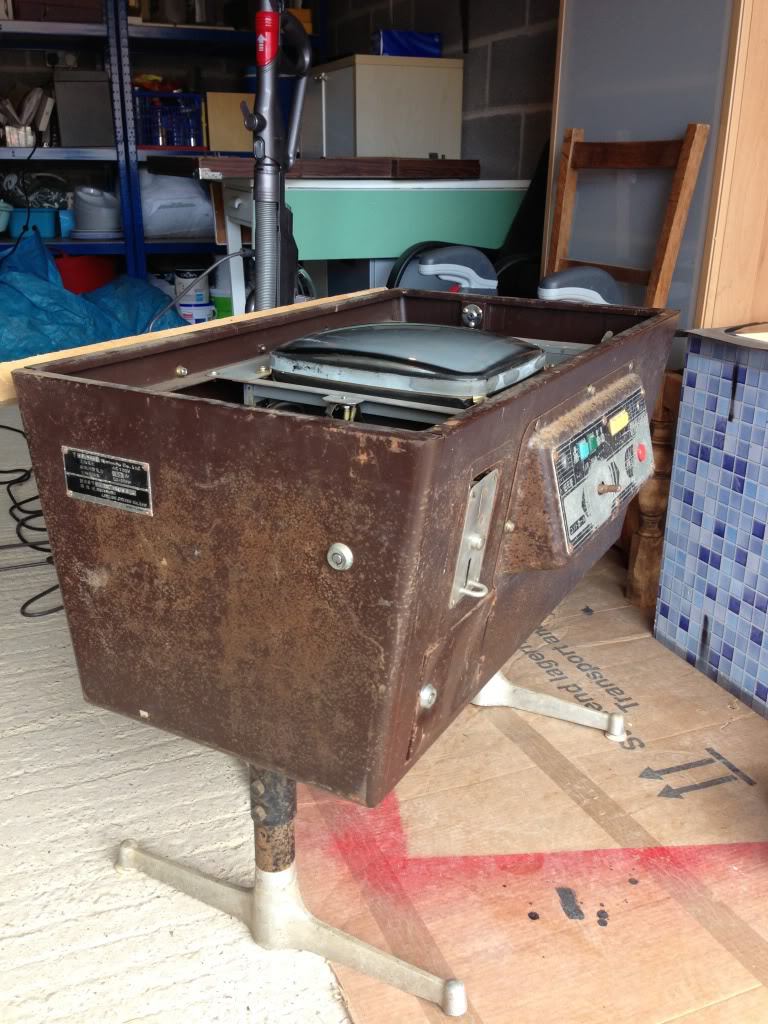 Back at my garage, I took a closer look at what I was going to be working with. I wasn’t confident about the chances of it working. I noticed a cable hanging from the main CPU board – plugged it back in, switched on, stepped back and bingo! We had signs of life!

It was then that I realized it was running something called “Space Galaxy” (it appears to be an early version of “Space Launcher”) which was unexpected, as it was advertised as a Space Fever machine. Space Galaxy played OK, but I really wanted to track down a Space Fever board so I could play the game I remembered as a kid. Interestingly, Space Galaxy game doesn’t appear to be on MAME, so I’ll make sure the ROMs are dumped and submitted, so that everyone can play it. It is actually pretty playable, and I guess it was a nice bonus to have discovered a “new” game for the world to enjoy again. 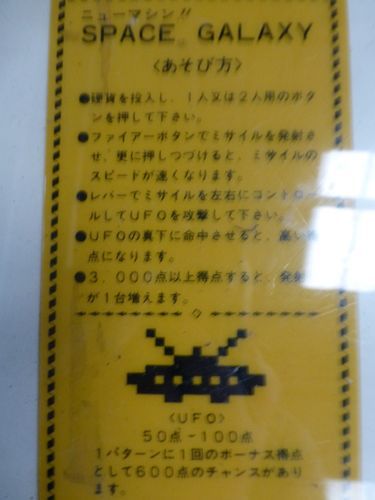 I started hunting for an original Space Fever board to put in my new cab. But the rust was a real worry….

How was I ever going to get that off and restore this thing to its former glory? Buttons were missing, paint was rusted right through and the artwork was destroyed. It was going to be a long haul.

The majority of the cab was made of metal: on the one hand there was no rotting wood to deal with, but damn, there was a lot of rust. But I remained positive – if there’s one thing I’ve learned, everything is fixable…