Restorations can be as detailed and OCD as you choose them to be. Normally, I wouldn’t consider restoring screws and bolts – it’s usually much easier to buy new ones and replace them. But in the case of the Nintendo Space Fever, the carriage bolts used throughout the cab are an unusual size, so rather than trying to source new ones, I decided to have a go at polishing up the ones that came with the cab.

I placed the carriage bolts that I had in a glass and covered them in every British arcade restorers secret ingredient: Henderson’s Relish! This is a popular food condiment sauce over here, similar to Worcester Sauce which you may be more familiar with.

Anyway, this stuff eats into the rust over a few hours, and leaves the metal nice and clean. I left them overnight, and rinsed off the following morning, then rubbed the heads with T-Cut Steel polish.

So now it was time to get the control panels populated.

Here’s what we started with: 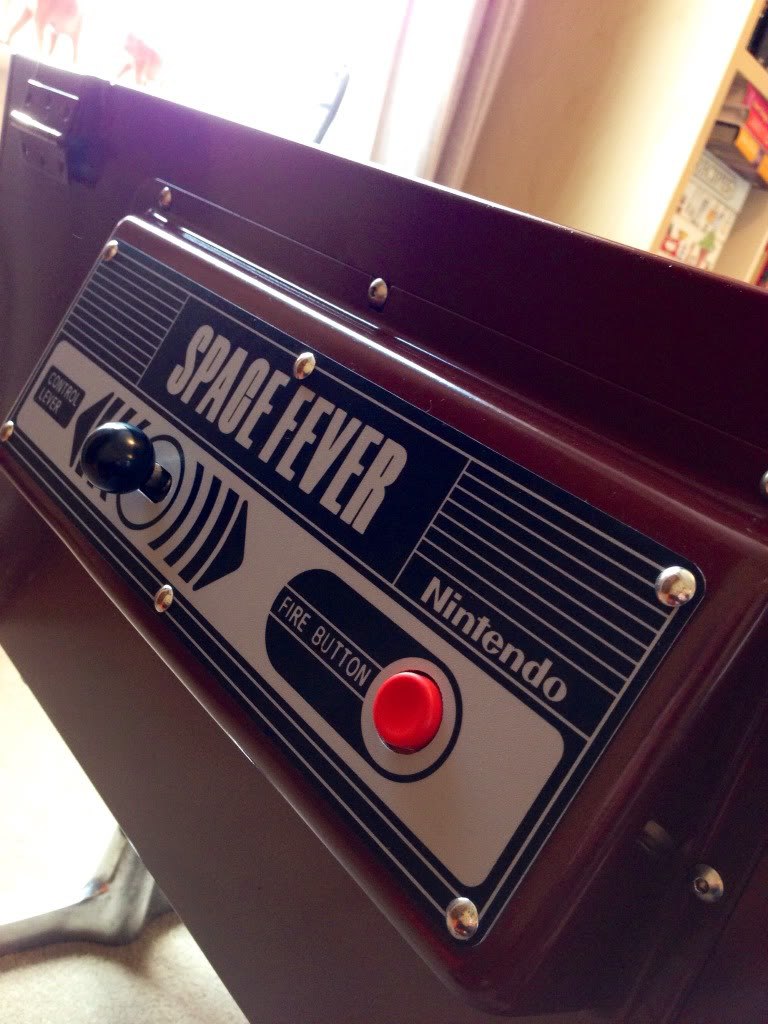 Not bad. Not bad at all. What you don’t see here is the detail that has gone into these panels. Around the back of the pretty front part, the whole mechanism has been stripped, cleaned and re-greased. Here are the new printed control panel overlays, new fire buttons (reproduced to exact spec by a UK forum member), cleaned up shafts and new joystick balltops (ordered from ebay – they are actually meant for an industrial machine part!).

Cleaned up the identifier plate and screwed it back on:

Next job was to sort out the electrics. All sorts of hack jobs had been done – frankly it was dangerous as it was (no ground), so I removed a load of wire and replaced the mains cable, and generally made everything safe (I think).

Got the cab wired up correctly and tidied the cables: 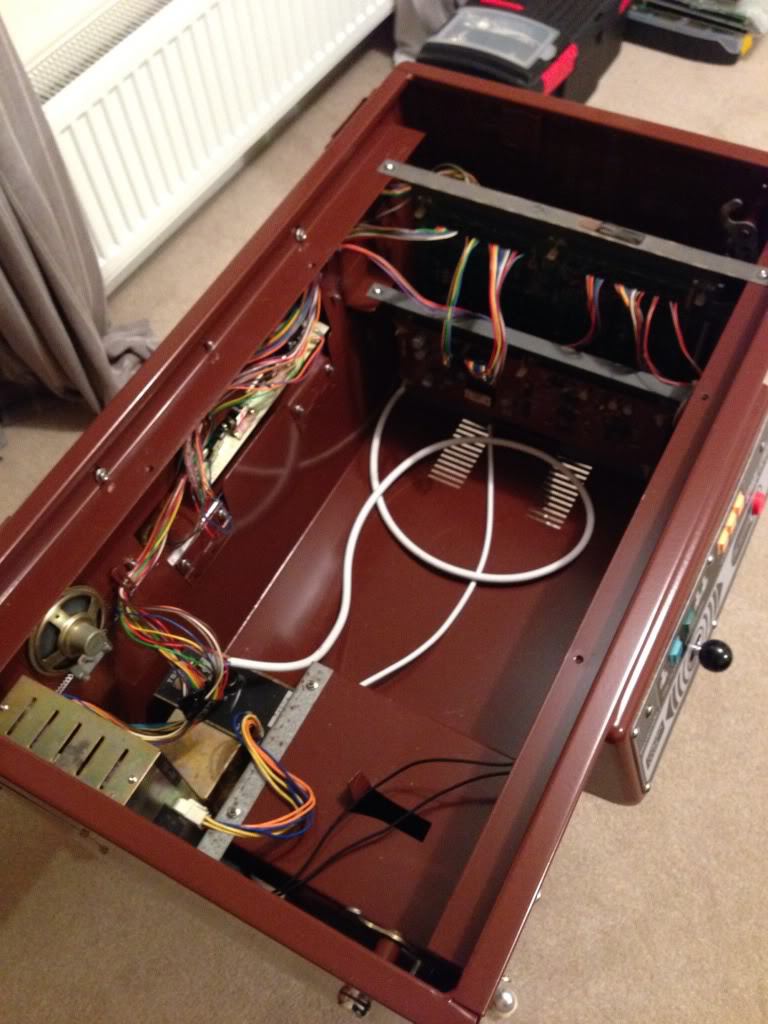 Now came the fun part. As mentioned at the start of the thread, the game in the machine I bought, is something called “Space Galaxy”. I managed to source a Space Fever board. No idea if it worked. Space Fever at the top, Space Galaxy at the bottom. Just looks like a simple rom swap right? Wrong. 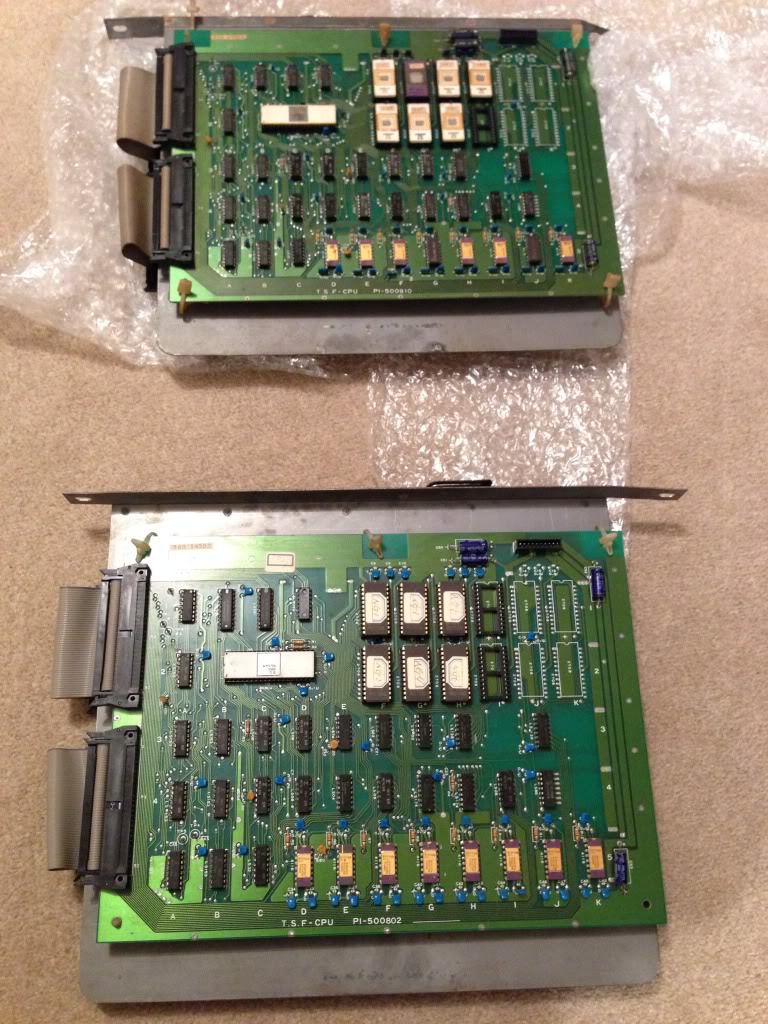 I set about swapping the roms over from the Space Fever to my board (as it’s cleaner). Turns out this was a mistake. First up, two of the legs snapped off. Never had this happen to me before. 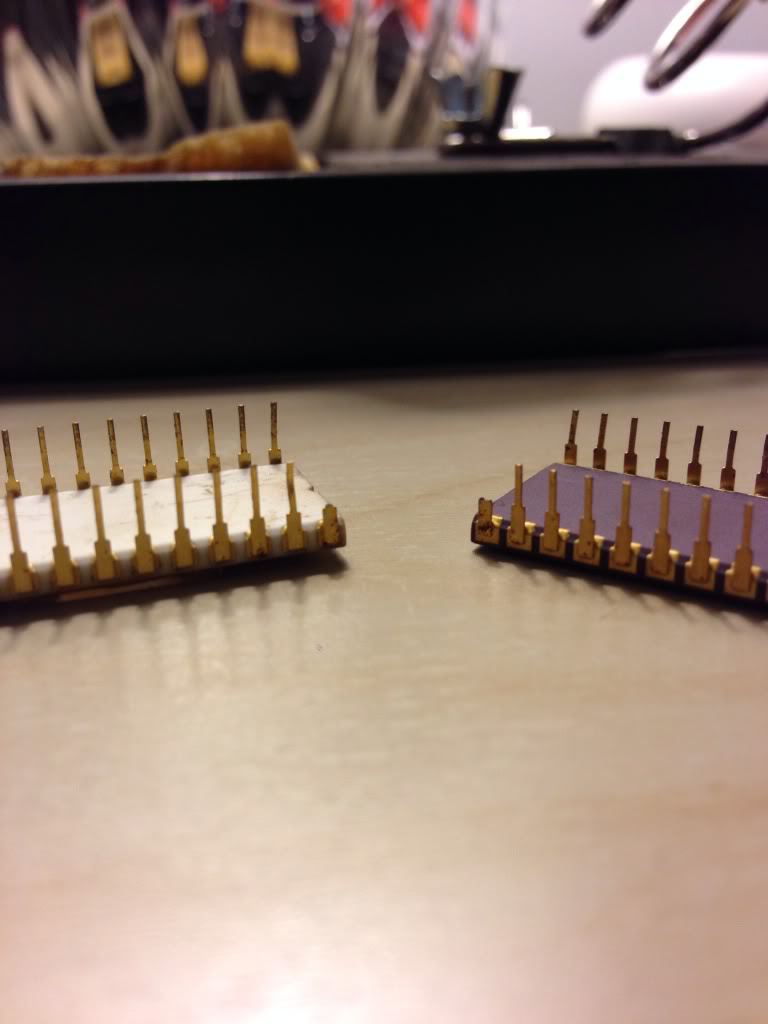 I eventually managed to fix them with some delicate soldering. Got them in the board and fired up – just got garbage on the screen. Anyway, without boring the pants off everyone, after much head scratching, it appears that the board is specific to those roms. Looking closer at my board, some mods have been made – I assume to get this “Space Wars” game to run on it. Several pins are jumpered with wires underneath the board.

Either way, I suppose I now have two games should I want to run either.

Whatever – put the roms back into the board I purchased, plugged in and Space Fever came to life!