One of the highlights of my annual trips to the USA, is dropping by Pinball Wizard Arcade located in Pelham, New Hampshire. A short drive North of Boston, this arcade is ostensibly on the way to Funspot further up into New Hampshire. So if you’re in the area, you must turn off the I93 and make a point of visiting this fabulous arcade.

Set up five years ago by operator Sarah St John, the arcade houses without question, THE most impressive lineup of pinballs and classic video arcade games I’ve ever seen under one roof. Aside from the selection of machines, what sets this place apart from every other arcade I’ve visited, is Sarah’s commitment to making sure that everything is in solid, playable condition. I’m an annual visitor and can honestly say I’ve rarely found a machine there that wasn’t working. It’s this focus on the customer experience that makes this place a must-visit.

Sarah’s business model is slightly different to most pay-on-entry arcades, in that she still uses the token system. Entry is free, and visitors can buy tokens in incremental amounts from vending machines located throughout the arcade, and each machine has a price per play.

The arcade is located in an unassuming strip mall located just off the main road through Pelham.

The building is large, and I can honestly say it is packed to the rafters. It’s hard to imagine that Sarah owns many more cabinets in storage than those on the floor of the property: 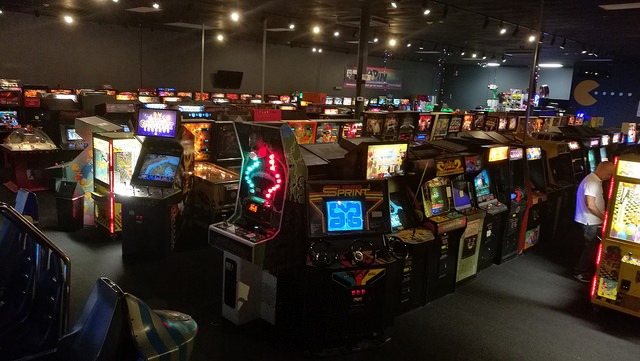 Walking into the arcade, you are greeted with the first row of pinball machines. Thirty machines lined up along a single wall is an impressive sight:

That’s looking from the back of the room towards the entrance. Nearer the front of the arcade are modern Stern pins, as well as Jersey Jack tables including Wizard of Oz and The Hobbit. Hop over to the next row and you get a repeat picture with different pins:

Most are grouped by age, and as you’d expect, the majority are from the eighties – Party Zone, GameShow, Funhouse, Star Wars, Theatre of Magic. In fact, it’s pointless listing the pinball titles; think of a game released any time since 1976 or thereabouts and it’s probably here. 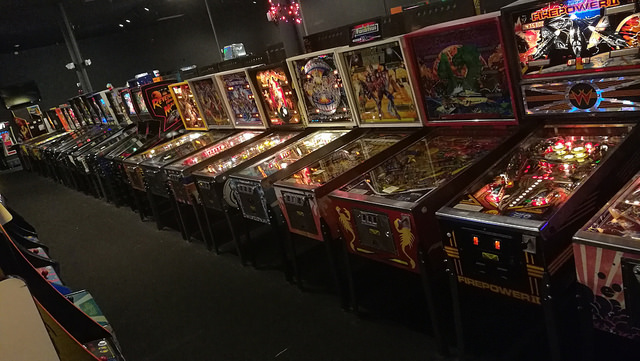 What is particularly unique about a visit to Pinball Wizard, is the ability to be able to play games from every decade one after the other – you get a real sense of how pinball grew and changed with the addition of new features that carried across all the titles through time.

With the placement of some of the more modern titles (most of the recent Stern releases are here), Pinball Wizard Arcade hosts many tournament nights, drawing some of the best pinball players in New England:

Suffice to say, if pinball is your thing, this is the place to go. But it’s not just about pins. The arcade boasts an impressive collection of classic video games also. You’ll find several rows of arcade cabinets dating from the 80s onward: 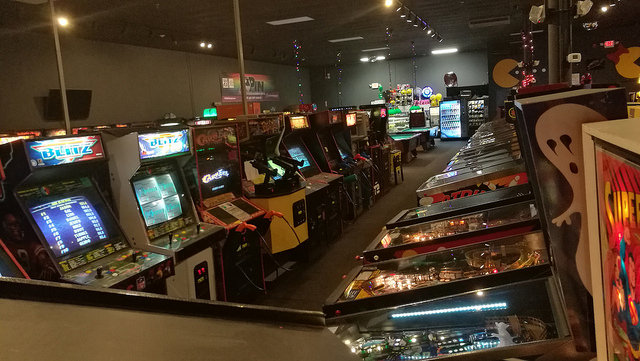 Some of the more interesting titles, include every significant Nintendo release: 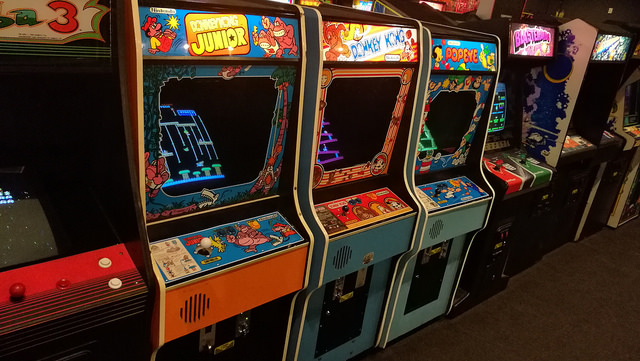 You’ll struggle to find a Gottlieb’s QBert and QBert Cubes in the same place anywhere else: 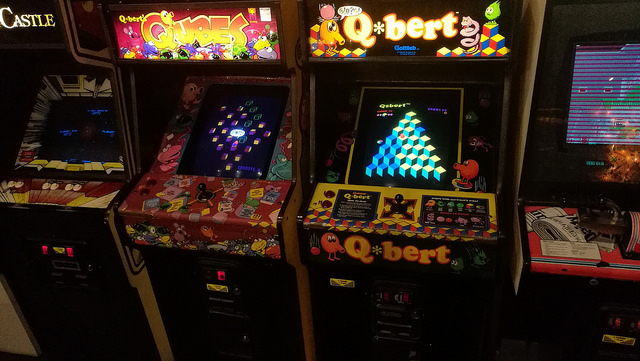 Atari’s Dig Dug next to a super rare Atari Arabian: 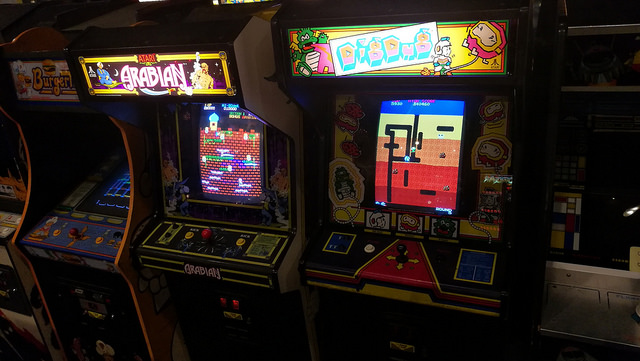 And an opportunity to play a nice lineup of Taito titles:

As well as the older classics, there’s a good lineup of modern drivers too:

The place is a treasure trove of arcade history. You’ll find your favorite titles alongside things you’ve never seen or heard of before. Everything is in great condition, monitors are adjusted properly, and it’s hard to find anything not working.

YouTube user Robin Dinda filmed a walk-through of the place back in 2015, which gives you a good overview of what to expect:

In short, Pinball Wizard is one of the best arcades in the world – without question. Sarah’s passion for the amusement business shines through the place, and she’s always happy to stop and talk pinball, and will gladly show you round the arcade and point out particularly interesting machines. If you’re in the area, go check it out and spend some coin!

Update March 2017: word has it that because of business lease issues, Pinball Wizard may be closing imminently. This has been on the cards for some time, but specifics have been difficult to clarify as negotiations with the landlord of the property have been ongoing. As the future of the arcade is uncertain, if you’re planning a visit, make it sooner rather than later!

Update 2 May 2017: sadly, Pinball Wizard has now closed its doors:

This is a real shame. Many thanks to Sarah for bringing so many classics to the public under one roof.